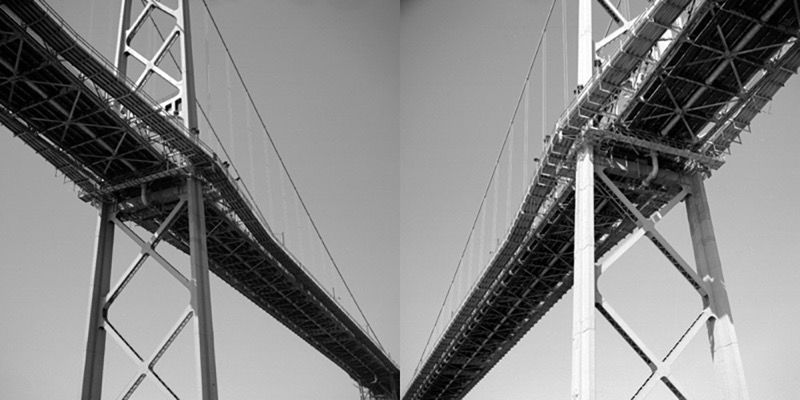 There are two bridges that span Halifax Harbour, the MacDonald and the MacKay. This is the MacDonald. I had the chance to get out on a little boat tour as part of an outing with colleagues from the office and I was lucky enough to have brought my camera to work that day. Not only that, but it was glorious and sunny, a rare thing for the summer of 2009.

I have to say I was a little giddy over the idea of getting underneath the bridge with a camera. I think I’ve gone on elsewhere about how much I like bridges, and this was no exception. Most people in the city just see the bridges as these monstrosities they have to deal with to get to and from work. But if you can get out of the car and see them from a different angle, the beauty and grace of their lines become clear.