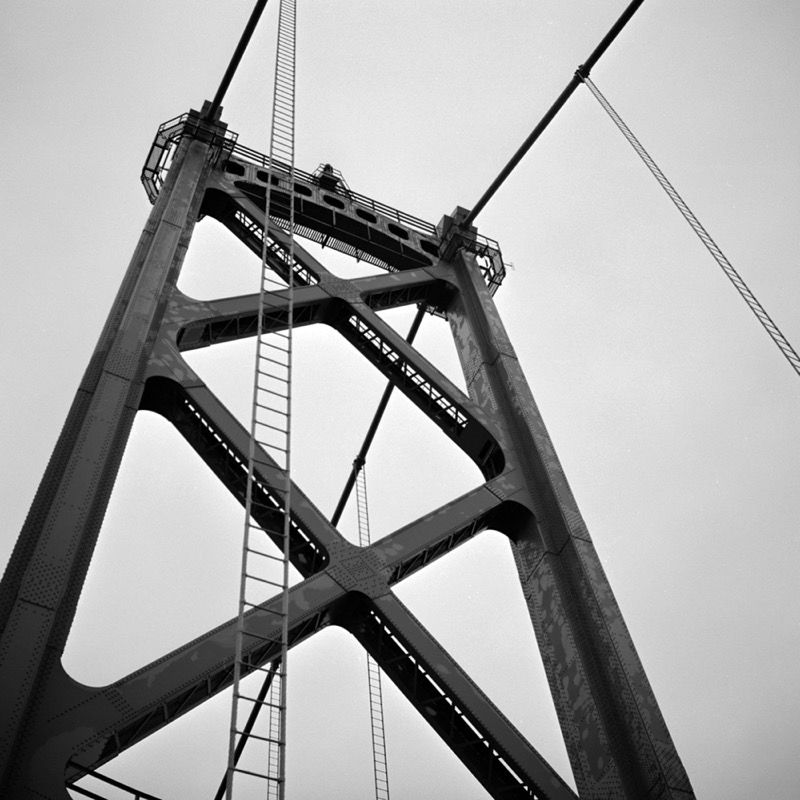 I decided to walk over the Macdonald bridge to this year’s Podcamp Halifax that took place at Alderney Gate Library. Sure, I could use the walk, but it was more because it was too early to catch the ferry. So I brought my camera along and took a bunch of snaps along the way. It was a bit chilly, but not too bad. It was definitely colder on the Dartmouth side though. I had hoped it was going to be sunny, but it wasn’t. It turned out alright though as the white sky contrasts very well with the dark metal of the bridge tower.