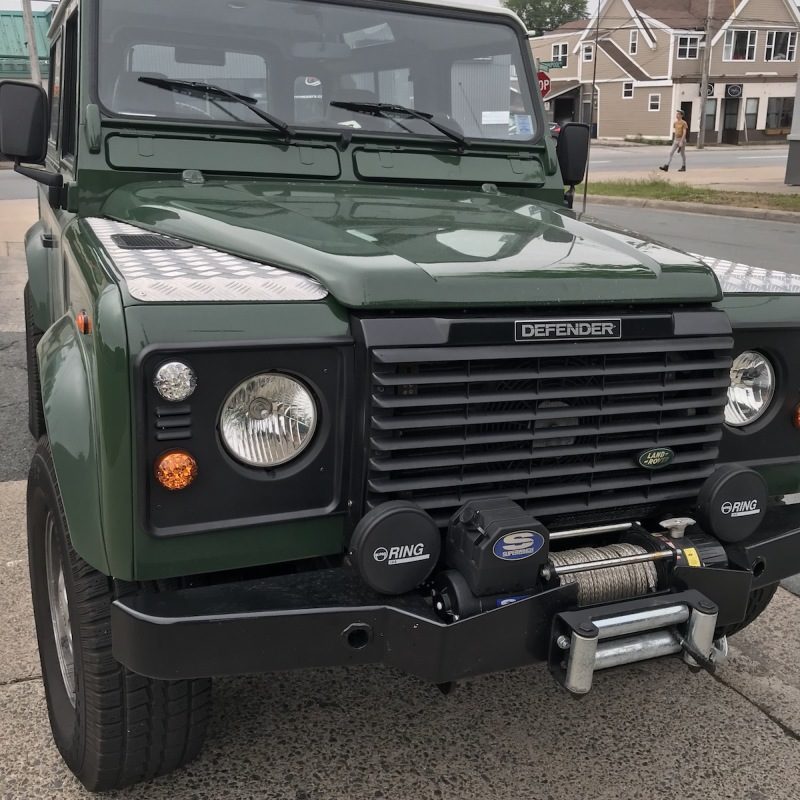 I’ve never been much of a “car guy”, but there’s one vehicle on earth I drool over and that’s a Land Rover Defender. They didn’t sell too many in North America and it’s been over 20 years since they sold them here. And as of 2017 they’ve stopped making them in the UK as well, so when I came across one on my walk to work this morning I had to stop. I don’t talk to strangers too often but anyone with a Defender is alright in my books, so I blurted out “I love your truck” and asked about where it came from and how the owner managed to get it.

Turns out it’s a 2001 TD5 that was owned by a Czechoslovakian millionaire car collector who “had one of everything”. The current owner got it through a UK-based reseller and it’s in immaculate condition. It’s amazing and if I didn’t have to get to the office I probably would have asked for a spin around the block. A photo was all I could get.

So, if you have an extra $70-90k lying around you want to give me to blow on a vehicle, get in touch!