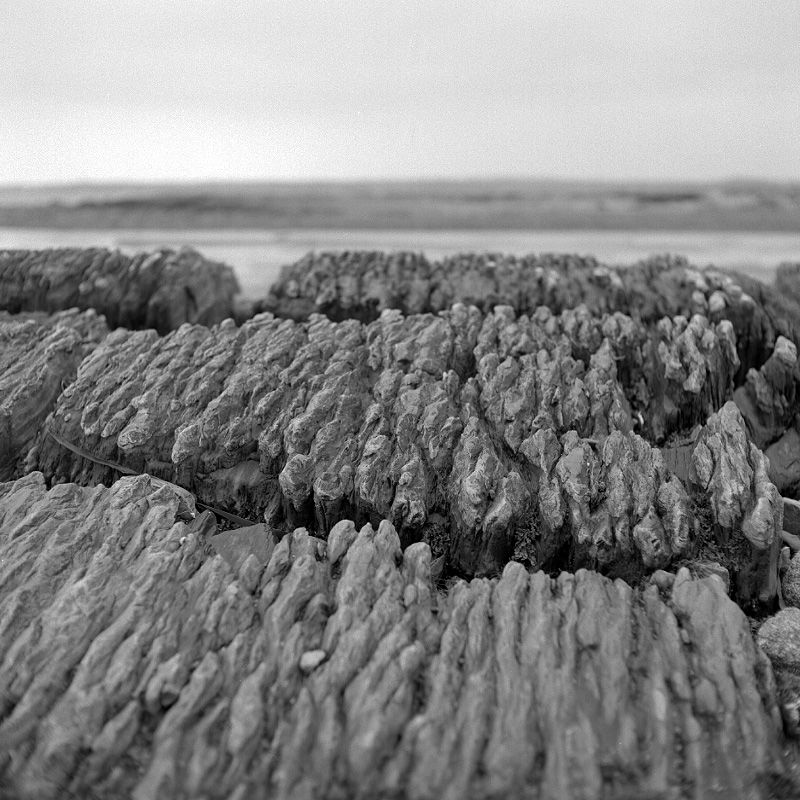 I had a few months off when I moved to the east coast, so I took the time to see some parts of the province that weren’t too far from the city. I decided one day to head to Lunenburg, a tourist trap during the summer but nice and quiet when I visited. I went for a bit of a drive down one of the small roads leading out of the town and stopped along a nice bay. The tide was out so I could walk out onto the rocks, which is where I found this.

I crouched down low to get this angle, I didn’t want the background in it as anything more than a horizon line. The shallow depth of field really emphasizes the texture of the rock.