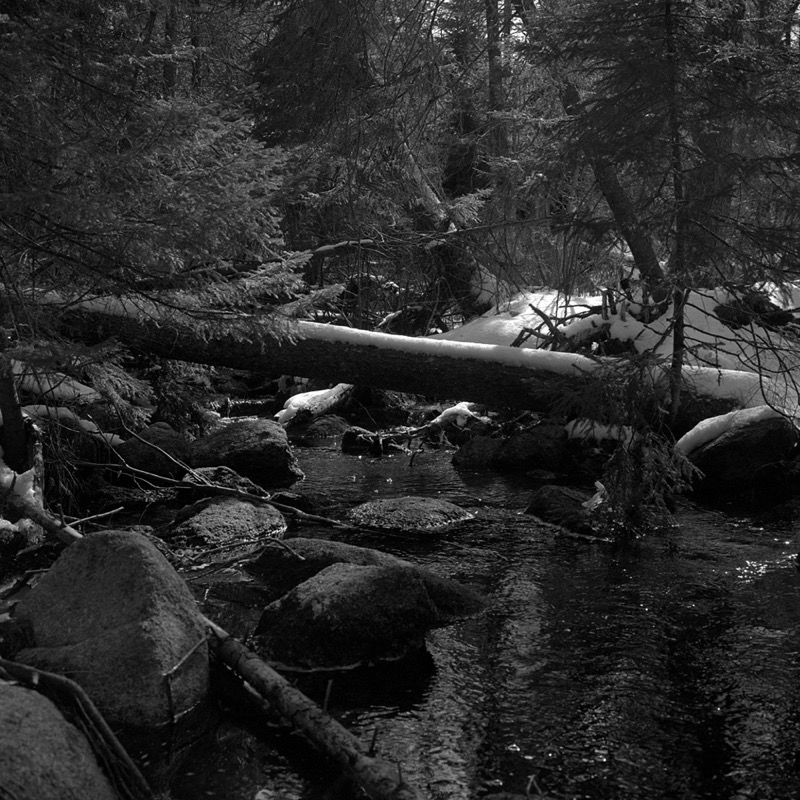 One of the high points of the hike around the Black Rock Community Trails was the little bridge over Murray Brook. Up to this point the hike wasn’t too bad, the trails made sense and the weather was nice. It was after this point that it all went south. You can read the whole story if you’re interested. Suffice to say I’m glad we stopped here for a few minutes and took some photos before setting off again.

I’m firmly in the real winters are awesome camp. By real winter I mean long stretches of snow and cold, not the mushy nonsense that is typical of these parts. I think that puts me in the small minority in Nova Scotia judging by all the whining I hear from November to April. You can either whine about it which accomplishes nothing — other than sending me into a rage — or you can get out and enjoy it. On a sunny afternoon I prefer the latter, and even though you may end up almost getting lost, you also end up getting what I think are beautiful photos.

This is a photo of Murray Brook from underneath the little bridge that crosses over it at the point where the trail forks. The sun was shining, the water was bubbling and it all made for a really nice diversion. Yes, it’s more than a little cliché, especially for me, but I don’t care. I’ll take this shot every time.