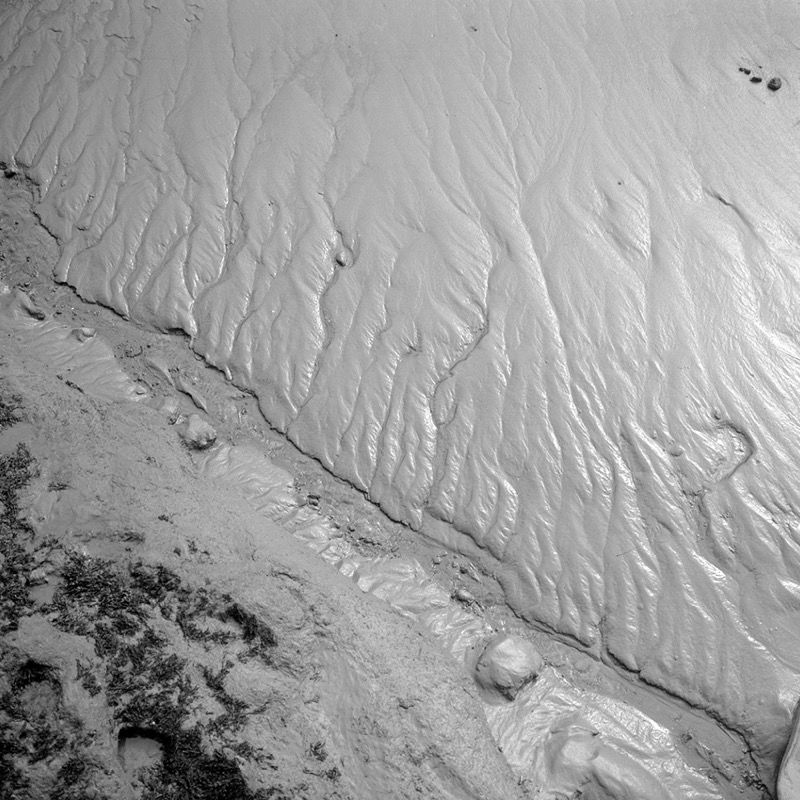 After what felt like a long winter I decided that on the first sunny and reasonably warm weekend I’d take some cameras and head out of the city for a drive. I try to get to places I’ve never visited before, and on this day, it was the area called Burntcoat Head, on the Bay of Fundy. I timed it perfectly to get there while the tide was out so I could wander along the beach. It’s a never-ending photo opportunity I find.

So, I had the place to myself. During the summer I think it’s busier as there’s a little picnic area and an old lighthouse to see, but on this day it was all mine. Might have been the wind. Anyway, it was great not to have to wait for people to get out of the way or have to work around a stampede’s worth of footprints in the sand. I found myself on a short outcrop of rocks looking down on this pristine pattern in the sand. I think black and white works best in a couple of situations: gritty street photography or photojournalism and where there is pattern, texture and other visual interest. Not so much sunsets. I think this shot worked out very well, all because of the texture.