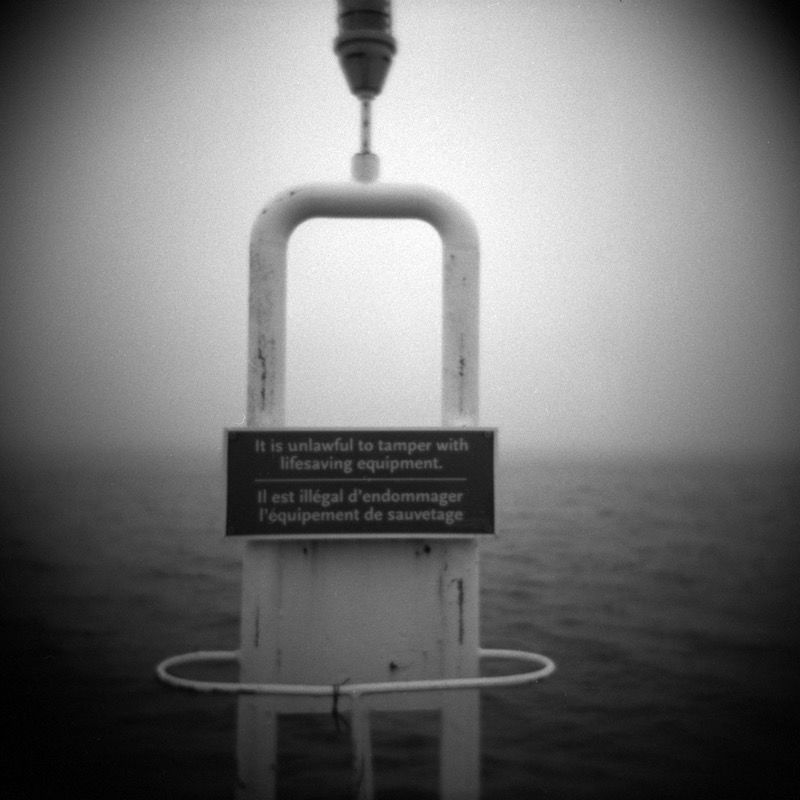 Another shot combining dense fog and a plastic lens. Makes for a fuzzy photo.

Even though the harbour doesn’t freeze, there’s not much rescue equipment over the winter. I guess the harbour authority thinks the twelve people who walk the harbourfront from October until April know enough to not fall in. During the summer though there are far too many morons to take a chance.