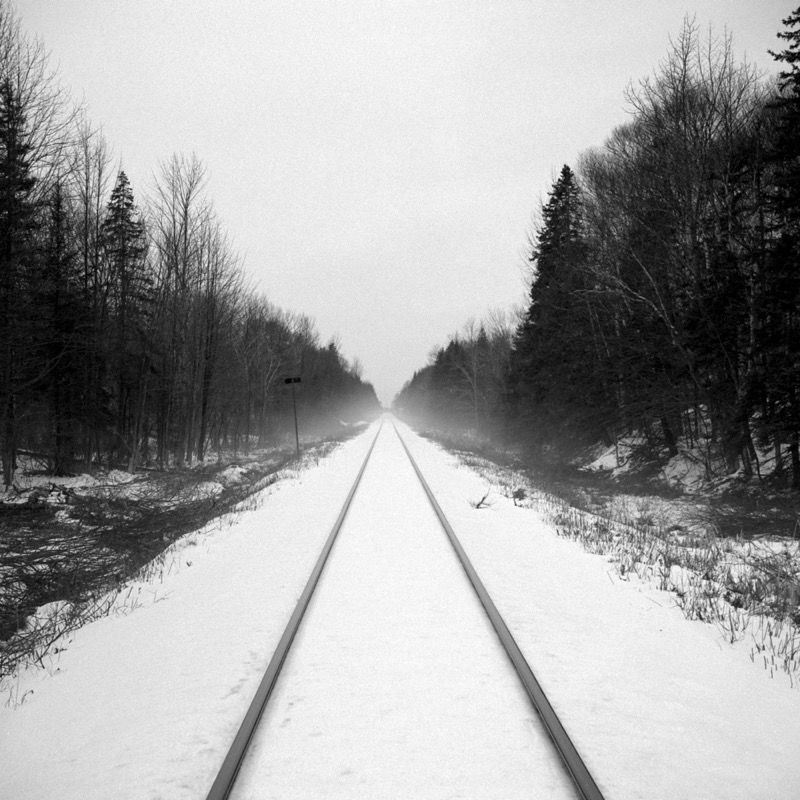 After a bit of a surprise turn of events, a friend and I decided to spend a few days up at their cottage on Cape Breton Island. The plan was to do a bit of snowshoeing but that didn’t turn out too well as the crappy winter of 2011-12 continued its trend of little to no snow. As you can see, there was a little snow to be found but it was very wet and though you can’t tell from the photo, it was steadily raining — hence the slight fog in the distance. So, instead of snowshoeing we just trudged through the wet snow in our boots and waterproof clothing. You can’t live in Nova Scotia without boots and waterproof clothes.

It’s not often I get to stand on a set of train tracks in the middle of almost nowhere, so really, I had to take the shot, even though it’s more than a little on the cliché side. I don’t mind though, it turned out really well in black and white.