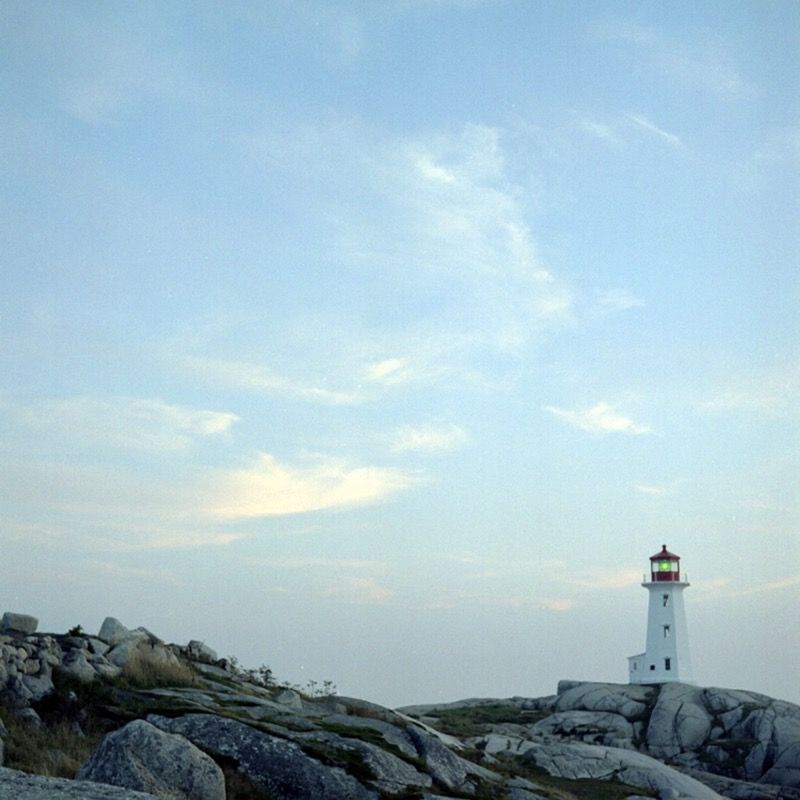 This lighthouse might be the most photographed in the country, if not the world. It is completely overrun with tourists during the summer, making it completely intolerable. If I’m going to visit it’s before or after tourist season so I can have some peace and quiet. Otherwise, there’s a hundred other places a person can go.

I drove out there from the city one evening in the middle of the week hoping to miss the crowds. Unfortunately there were more people than I hoped there’d be. So, I had to be really patient in trying to get photos without people in them. I walked a few minutes away from the lighthouse along the shore of the cove to see if I could get a slightly different shot. As the sun was just down I set up my tripod, focussed and composed the shot I wanted. Then I waited for the right second to trip the shutter, the second where everyone was out of view. There it was, a second before this shot there were people, and they came back out again the second after. Perfect for me, it was the last frame on the roll.