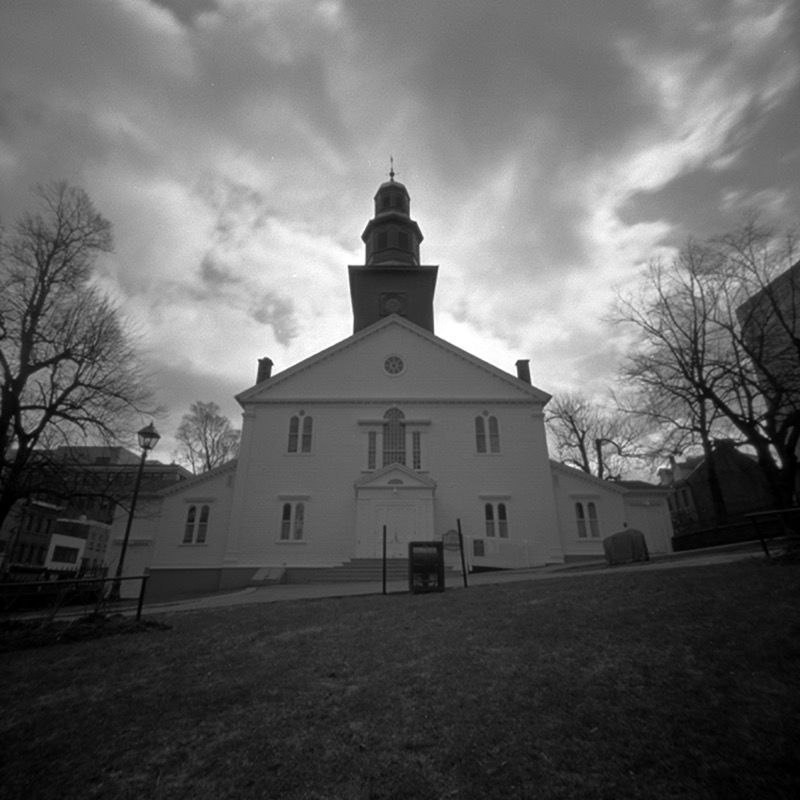 This image is my entry for 2011 World Pinhole Photography Day. It’s of St. Paul’s Church in Halifax. St. Paul’s is the oldest Protestant church in Canada, built in 1749 and opened in 1750, as well as a National Historic Site. It’s based on the plans of St. Peter’s Church, on Vere Street in London. The timber used to build the church was cut and shipped from Boston, which I find strange since Nova Scotia had plenty of wood. Anyway, it’s an interesting tie to the old colony. Remember, this was a few decades before the Revolutionary War when Nova Scotia and the American colonies were still under British rule.

It’s always fun to take the pinhole camera out every once in a while. It makes such different photos, but that’s what comes with not using any glass between the film and subject. I find a certain purity in its lo-fidelity, and there’s a soft, dreamlike quality to the images. Plus, I really like not having to focus (infinite depth-of-field!) as well as opening and closing the “shutter” with my finger and counting exposure in steamboats. It all reminds me of how much fun photography can be when you strip away all the gadgetry that overwhelms the practice these days.