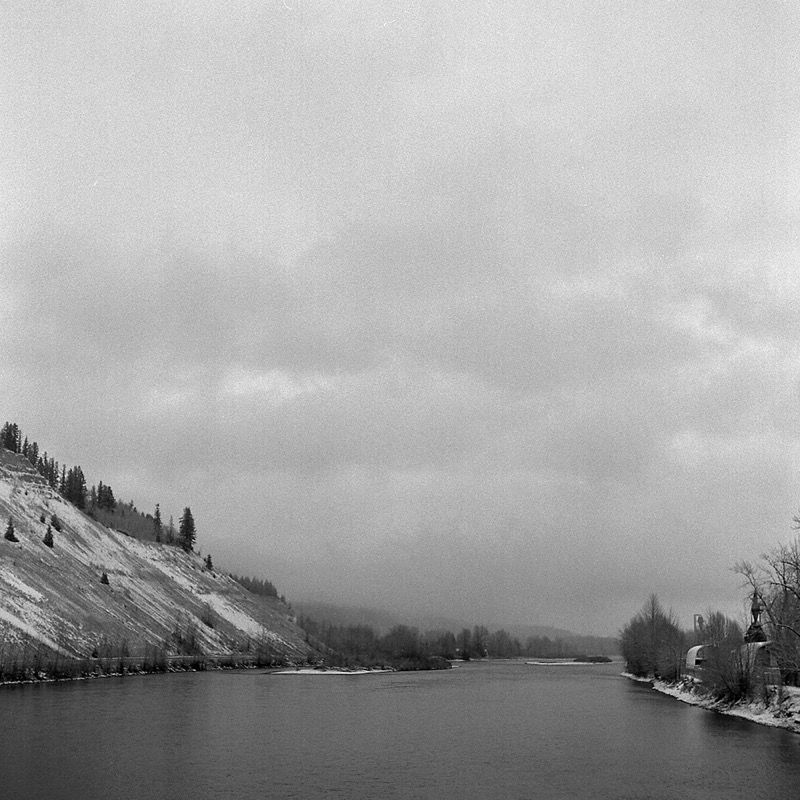 I changed my mind at the last minute and decided to go into the archives again. This is a photo of approaching snow clouds over the foothills surrounding Prince George, BC. Prince George was built where the Nechako and Fraser rivers meet, two large and important rivers in British Columbia. The Fraser eventually makes its way to the Pacific Ocean at Vancouver, 800km to the south-west. The trails along the rivers were favourite walking areas of mine while I lived there and this shot was taken from where I usually started, at the old Cameron Street Bridge. It was closed to traffic a couple of months before I took this which made it a great spot to take pictures from. The old wooden bridge is gone now, replaced with a modern concrete span, complete with a roundabout on the north end. It’s far less interesting to say the least, but I’m guessing the truckers and mills love it.

I took a lot of photos during my time in Prince George, but this one remains high up on my list of favourites. I’m not sure why, but it’s probably because it sums up my memories of the place: cold, grey water; thick, snow-filled skies; hills dusted in snow; train tracks; solitude.