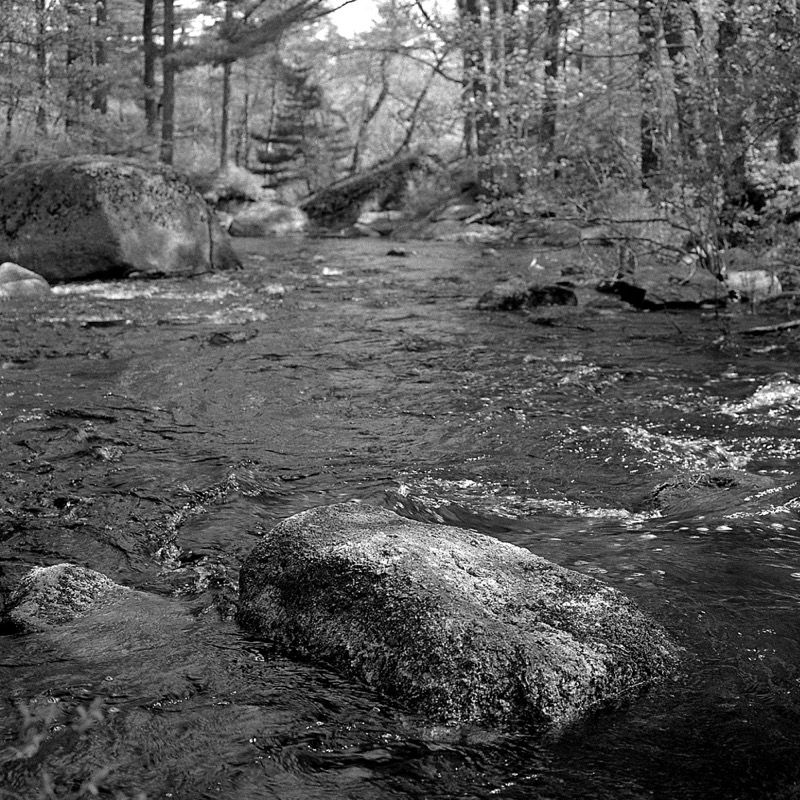 In the backcountry of Kejimkujik National Park at the far west end of Peskowesk Lake, Portage N connects the lake with Peskwa Lake, a small lake to the west. The portage trail follows a stream, whose name I can only find as being Poison Ivy Falls. The entire story of how I came to be on this trail can be found over here, so I won’t repeat it here. It’s a nice portage, flat with lots of interesting features. There isn’t really what I would consider a falls, the stream just goes over some rocks, but the name is still pretty cool. The worst part of the portage was the mosquitoes who were quite annoying as it had gotten quite warm the previous few days and they were on a mission to both annoy and suck blood from poor, tired animals like us.

The best part of the trail was the meandering stream and the massive, house-sized rocks strewn about from what I can only guess was the last ice age. They may have been the largest single, free-standing rocks I’ve ever seen, including all the rocks in the aptly named Rocky Mountains. They seemed to have been gently laid upon the landscape, whereas in the mountains they tend to get smashed after falling from great heights. I would have loved to have taken a few photos of them but they were so massive I couldn’t fit them into the frame of my camera from where I was standing. So, I was left to quickly take a few shots of the stream before the mosquitoes converged on me.