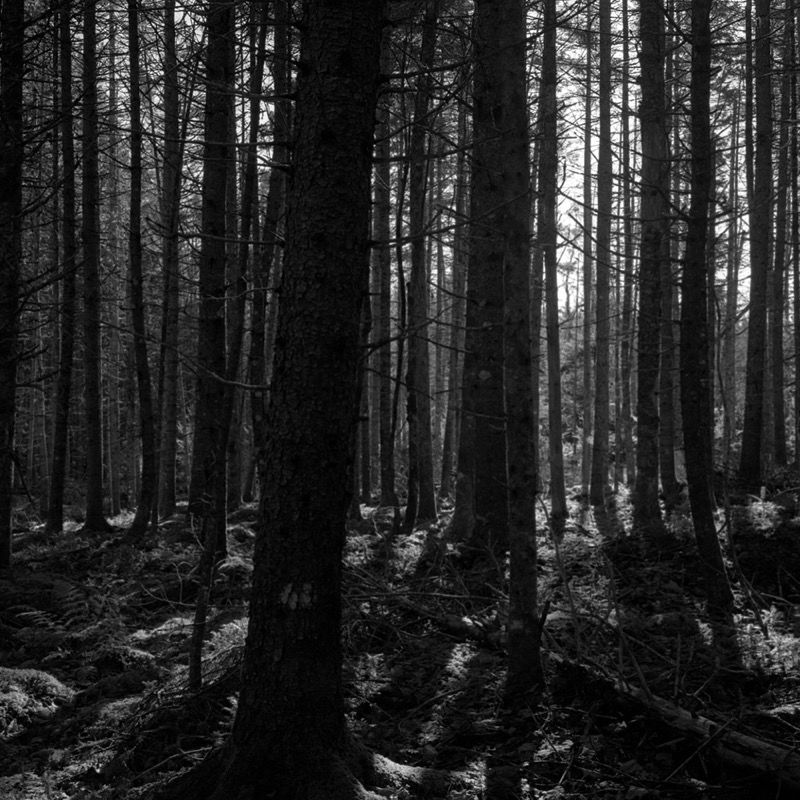 I found this on a roll of film I had sitting on my desk from last autumn. It has that nice, harsh, early winter light I like so much. It was taken on a hike at 9 Mile River, a nice community-driven set of trails near Enfield, NS.

Hiking as much as I have the last couple of years, it’s difficult to find something new to try, so these trails were a perfect candidate as they’re relatively new and close to the city. The trails are made of stacked loops, at least one that is yet to be constructed. The loop nearest the parking lot is meant more for the local community for after-supper walks with the dog, while the further loops provide a decent light backcountry hike.

The trail passes through some nice pine forest and some wet areas, eventually making its way to an attractive, small lake at the far end of the furthest loop. This would make for a nice campsite if it were allowed, though I can’t imagine anyone would be around to yell at you if you pitched a tent and hung out for a night. That part of the trail doesn’t seem to see much traffic.

So there you are, a nice contrasty photo from a pleasant hike in the woods.