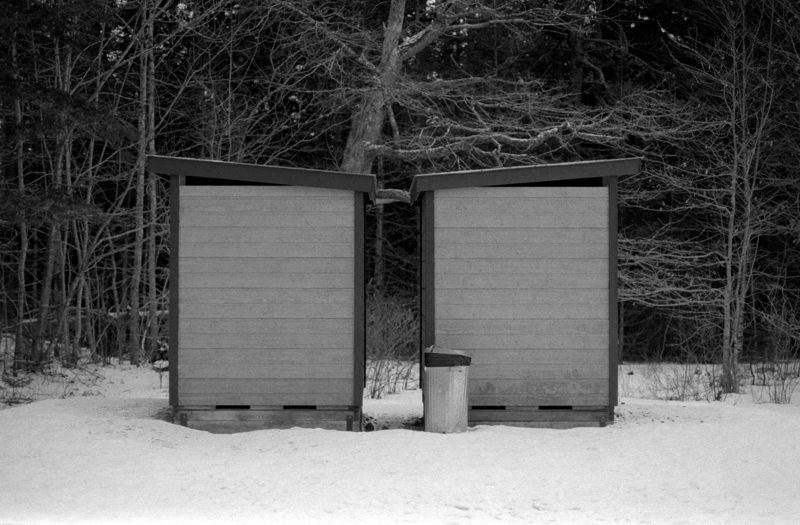 I’ve been testing some new black-and-white film lately, this is the ISO400 version. I’m not sure what film this is, I believe it’s just something else rebadged. It’s much cheaper than everything else these days so I thought I’d give it a shot.

Last weekend a friend and I went for a quick hike north of the city in Mt Uniacke. From the Uniacke Estate Museum Park there are multiple trails of different difficulties to hike. There wasn’t too much snow so we decided to do a medium-level loop, around five kilometres. This would give us a chance to stretch the legs away from the people who do the shorter trails.

At the trailhead are these pit toilets. As I had two frames left to shoot on the roll they made for a decent subject. The film looks to be a medium-contrast, somewhat grainy film. It’s not too bad and a great value. I’m on the fence about it as I tend to like a more fine-grained, high contrast film. With an orange filter I could get better contrast — with the loss in speed of course — but the grain still remains. For a subject that works well with that grainier aesthetic though, it could do the trick. You can’t beat the price though.