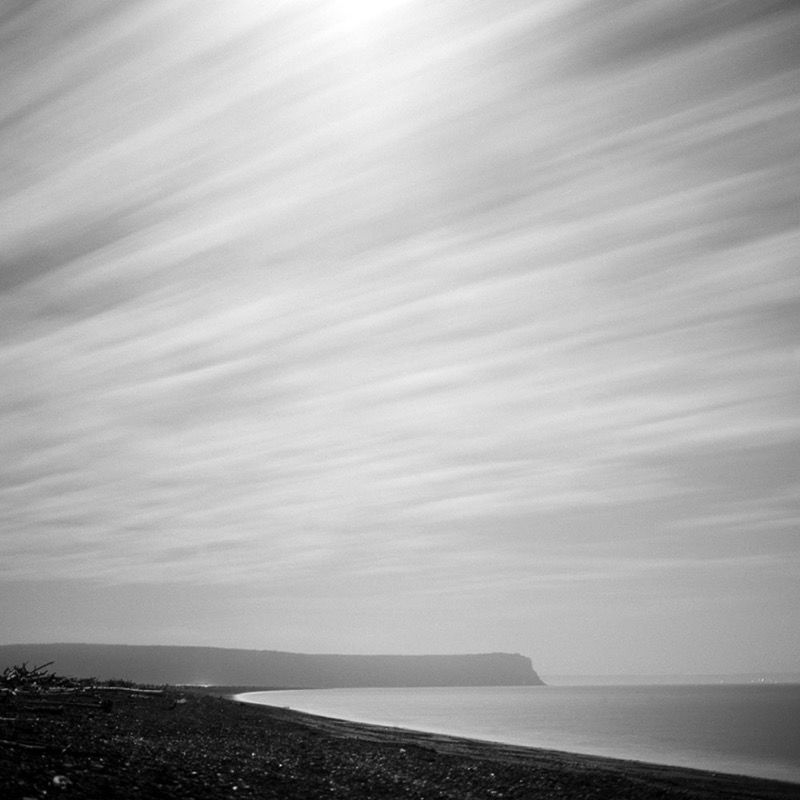 The day after I returned from my trip to China I headed back out to attend the Hike Nova Scotia Hiking Summit being held at the Fundy Geological Museum in Parrsboro. I enjoyed the summit and it was perfectly timed to also get some fresh air and deal with the little bit of jet lag from the 14 hour flight.

So after the day long summit in Parrsboro I headed to a nice little cabin down the road in Advocate Harbour for some rest and that fresh air I was looking forward to. The cabin was located right on the water making it an ideal location to get out for walk along the beach. It sure was a long way from the hustle and pollution of Beijing. I decided that since I was on the water and it was a relatively clear night with a nearly full moon Iâ€™d try to get some long exposure night shots on the beach (this one was taken around 11pm).

It’s not too difficult when you can leave the shutter open with the camera on the tripod and walk away for a while. The four exposures I took turned out fairly well, this is one of the two better ones. The other decent one — facing the opposite direction, toward Cape Chignecto — has star trails which is kinda cool.