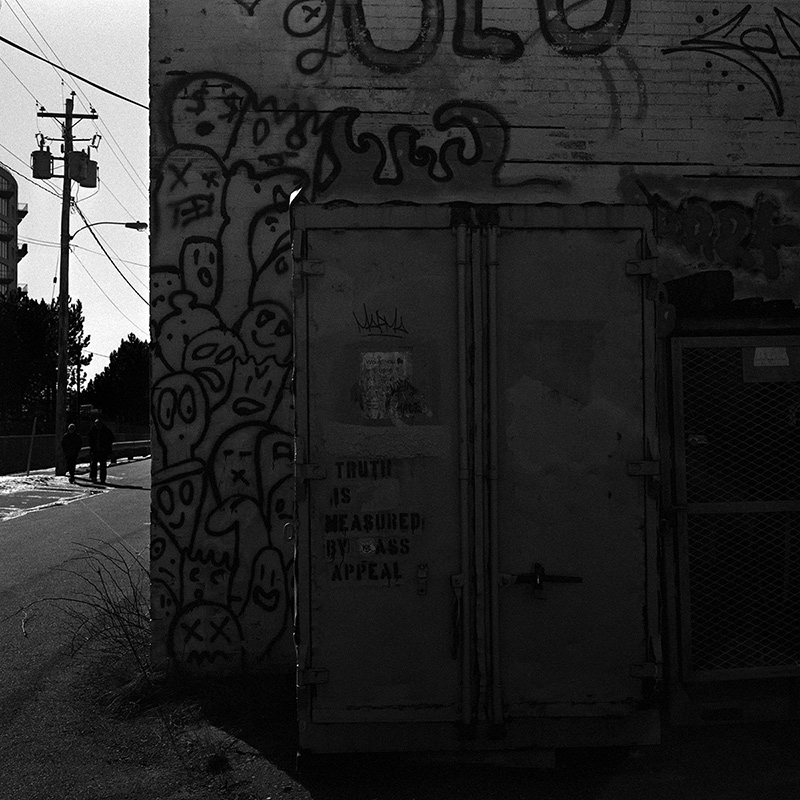 In an effort to get outside while a short-lived lockdown was in effect, a friend and I took a ferry ride across the harbour to Dartmouth last weekend. A sunny Sunday is a good time for a walk along the waterfront trail that runs between the Alderney and Woodside ferry terminals. It’s about 3km one-way and has good views of the harbour and the Halifax skyline, such that it is.

It also gave me a chance to shoot another roll of film I could use with a new development process I’ve been testing. The Halifax side is a little too far away for decent photos with a wide-angle lens but there are a few things along the way that make for interesting subjects. This particular graffiti was spotted on the way back to the Alderney ferry terminal in a slightly industrial part of the trail. I thought it was kind of funny and I had a couple of frames left on the roll so I thought why not. It goes well with the slightly gritty black-and-white film. The new development process, called semi-stand, uses a highly diluted developer for a longer time is working out pretty well so far.