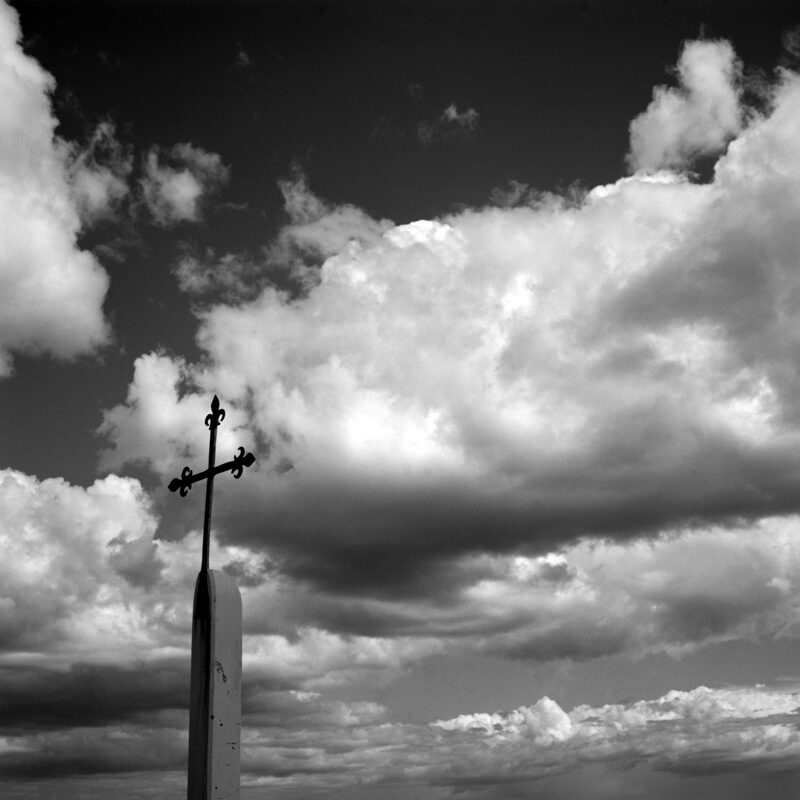 The Louisbourg Cross was captured in a 1745 raid on the fortress by a militia from New England loyal to King George. At the time, the fortress was occupied by the French. The Cross ended up in the Harvard University archives where it remained for 250 years until they permanently loaned it back. Gotta love those Americans and their loans.

This cross of course is not the original. The original is held across the street from this one inside one of the exhibits where it’s protected from the elements and fanatic militias from the US.