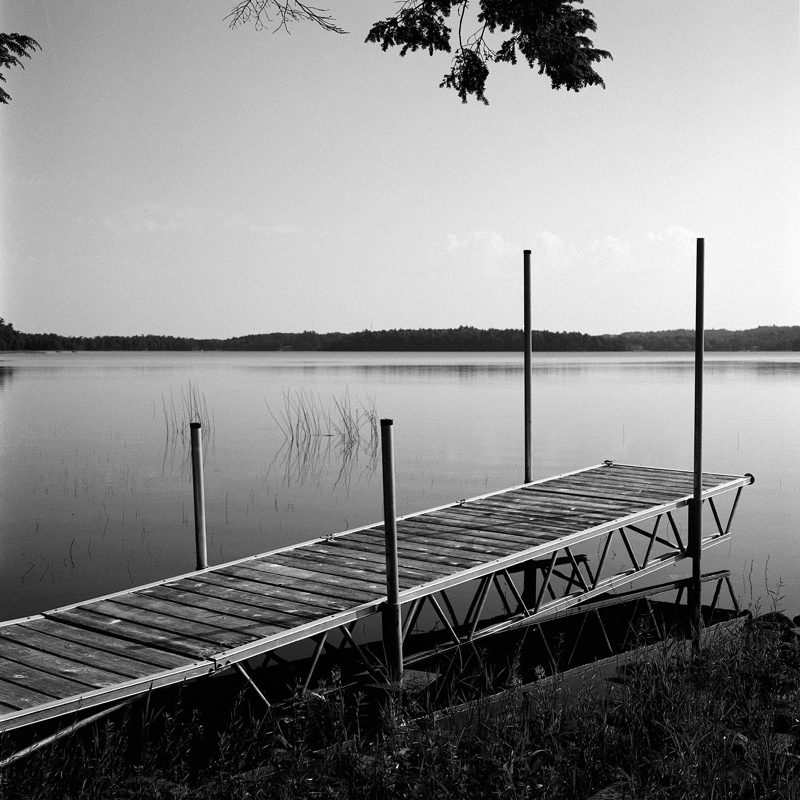 This past weekend I finally got around to developing a test roll of film from a beautiful camera loaned to me by a colleague. It was also the first time I’ve used this particular film in probably 20 years so it had the makings of a disaster, but it all turned out quite well. The Rolleiflex is a wonderful camera, built like a tank with fantastic optics. I own a Mamiya C33 so I’ve used a TLR in the past, making using this camera a lot easier than it would be for someone who’s never had to wrap their brain around the viewfinder, focussing screen and shutter button.

Since we’re in the middle of summer, I loaded up with a roll of Ilford FP4+ film I had picked up while visiting my family in southern Ontario back in June. I love a good medium-speed black-and-white film, and since my stock of the original and discontinued Fuji Acros 100 is coming close to being used up, I thought I’d give this film a try as a potential replacement to the costly new Acros II. I also shot without a filter to get a good look at the “natural” results.

A few weeks ago I decided to spend some time down at a friend’s cabin and it turned out I was going to be the only one there as everyone else had plans. It was a perfect opportunity to get some shots of the lake and the short dock we had put in a few months previous. The water level had gone way down, a familiar story in many parts of the world this summer, but thankfully not anywhere near as bad as most places. I liked the combination of the clear late afternoon sky, the calm water, the vertical adjustment bars on the dock, and the grass.

It looks like the focus, shutter, aperture, and film crank are all still in very good working order. I metered with my trusty little Sekonic Twinmate meter, dialled in the values on the camera and shot handheld. The exposure looks very good, with a nice range of tones and low grain. I didn’t adjust the exposure at all in Photoshop after scanning, so I’m pretty happy with what was my very first frame with this camera. I can see why so many photographers love this camera and how it has achieved a near-mythical status. I hope to get another roll in with it before I have to give it back!