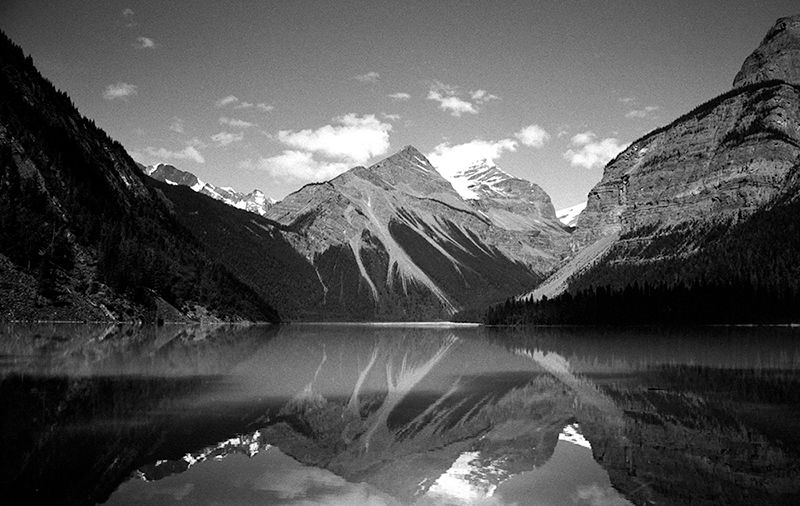 This isn’t actually in Jasper, it’s in Mount Robson Provincial Park, right next door to Jasper, but in BC. It was only after a few years living near there that I started thinking of the two parks as separate. When you move there from a faraway place you tend to think of it all as the same thing.

This is Kinney Lake, about five kilometres along the Berg Lake Trail. I think this might have been the second time I visited there — I have an almost duplicate shot in colour from the year before — and visited there a few more times after this including two trips far up the trail. If you get the chance to walk the trail you should, it’s ridiculously beautiful.