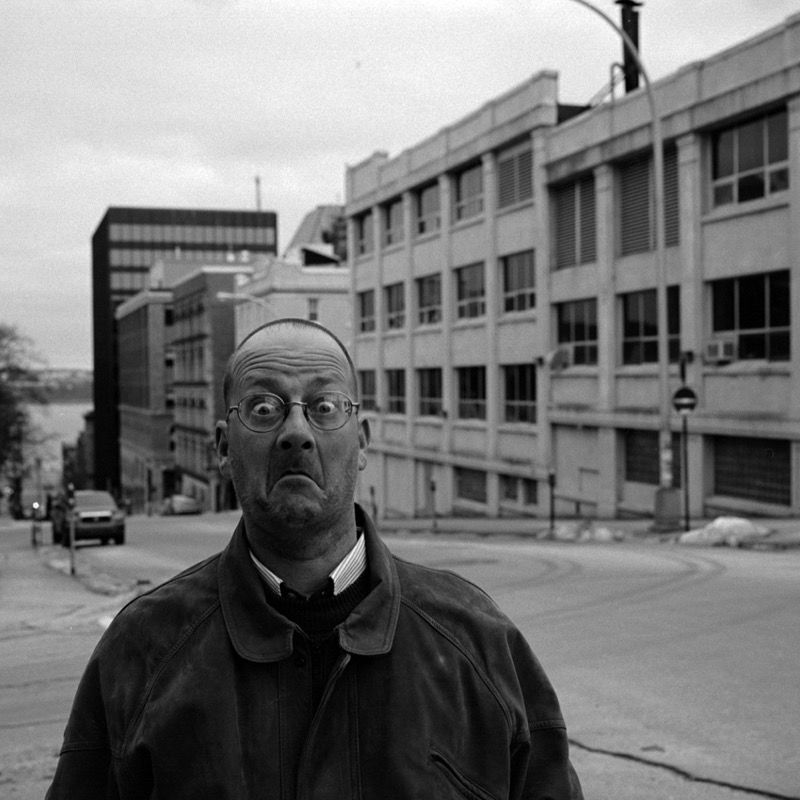 A friend invited me over for more drinks and food on Boxing Day so I decided to take my camera and walk from my place to his. The trip takes me across downtown which on that day was pretty much deserted. So there I was, minding my own business, walking up the street with my camera around my neck when this guy stopped me.

I don’t normally shoot people, so I’m never looking to ask or approach anyone for a snap. This guy offered, but not before he told me his story. Seems he was out on Boxing Day looking for a bar or pub that was open. But not for drinking, for VLT’s. He made sure to tell me he wasn’t addicted or anything, it’s just that he’s really, really lucky. A horseshoe where the sun don’t shine apparently. I told him I hadn’t seen an open establishment during my travels so I wasn’t of much help. Then he offered his Beaker — strange scientist sidekick from the Muppets — impression as a parting gift. Who am I to decline that?

Anyway, I composed, focussed and shot, but he didn’t believe me because he didn’t hear the click or sound or whatever a camera is supposed to do. So I had to tell him the story of my ultra-quiet, film-based, manual everything rangefinder camera. A story about my addiction — it’s not I swear — for his. After that he told me not to trust those cash for gold places and left. Never a dull moment.