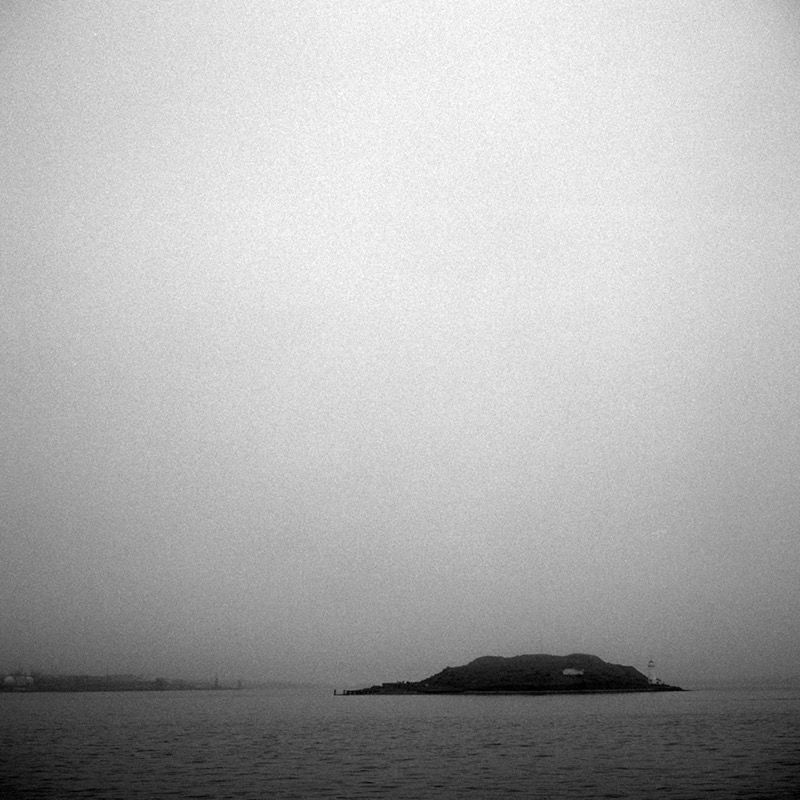 When the fog rolls in on Halifax Harbour, it really rolls in. But instead of cursing it I like pulling out the camera and shooting things in a way I don’t normally see them. Usually, the little island in the middle of the harbour is clearly visible, but in the fog, it takes on a somewhat menacing personality. Of course, the grainy film helps add to the mood.

The little island is actually a National Historic Site, Georges Island National Historic Site to be specific. It’s off-limits most of the time as the fort on the island is in pretty rough shape, but one weekend a summer you can buy a ticket and take the ferry over to explore. I was lucky enough to get over on my first summer in Halifax and it’s well worth it. It’s no surprise the trip sells out each year. There are also legends about the island, like the tunnel that goes under the harbour to the mainland. If it exists, that is something I’d love to get into. Fort Charlotte, the fort on the island, is pretty cool itself with tunnels and dark, stone rooms.

Settlement on the island started in 1750, the fort was built in 1798 and was named after Queen Charlotte. Like many of these historical sites, it has a dubious history of being used as a prison as well as a holding area during the expulsion of the Acadians from 1755 to 1763. An anti-aircraft unit was stationed on the island during World War II, the last to use the island as a base.