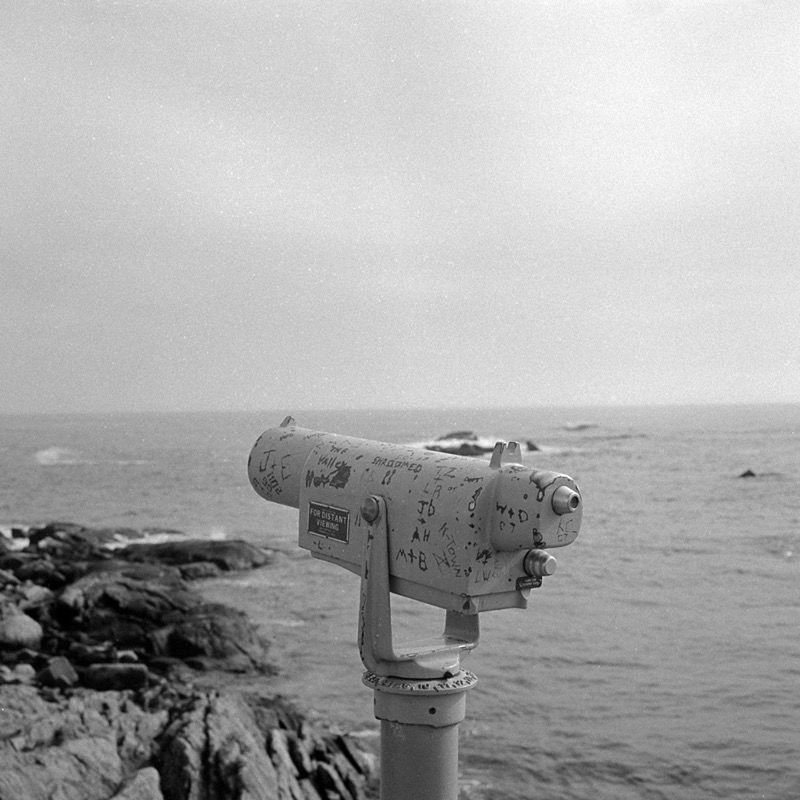 On the south shore of Nova Scotia lies Kejimkujik National Park Seaside Adjunct, a beautiful headland south of Liverpool on the Atlantic coast. When my mom was visiting in the fall we decided to take a walk to the shore and take in the breathtaking views and hopefully see a little wildlife.

After a short hike from the parking lot down the east side of the head, we found ourselves overlooking the beautiful Saint Catherines River Beach. Out at sea, not too far from the beach was a small rock outcrop covered in seals. They were sunning themselves on the rock and playing in the water. It was such a treat.

There’s lots to see on the coast, and it helps to bring a pair of binoculars with you if you can remember. There’s one of these SeeCoast outdoor telescopes available but it’s next to useless as it’s completely fogged up on the inside. Not a surprise when you’re out there and feel the wind and see the salty spray. I’m amazed it’ lasted this long. As you can see, there’s been quite a bit of graffiti carved into it over the years. I thought it made a nice photo against the ocean and sky.