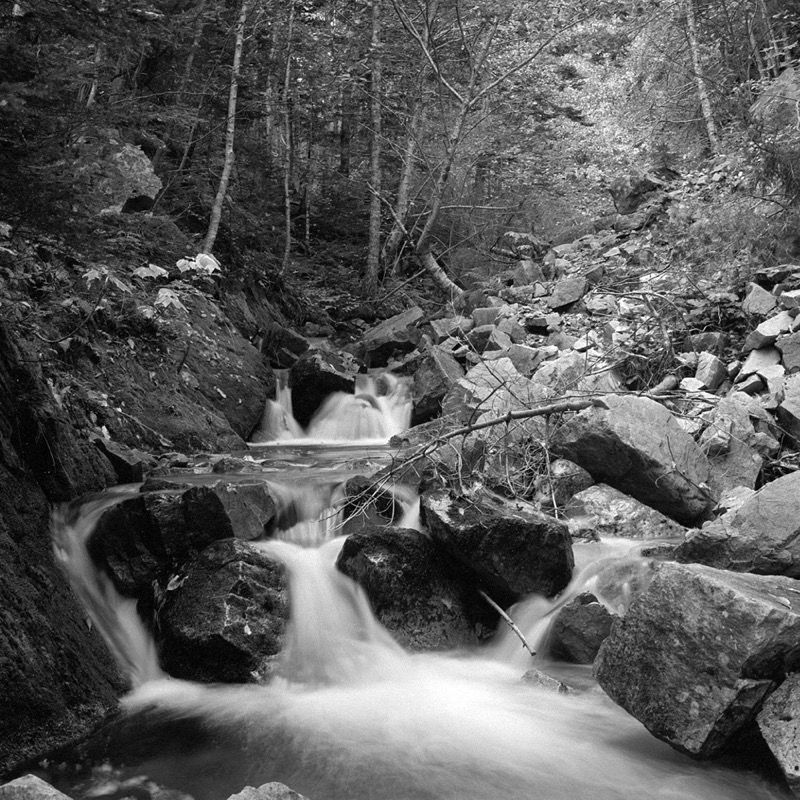 This was the second time I had made the short hike to Fairy Hole, the previous time being exactly a year before. That time I forgot to bring a quick shoe for the tripod, so I was unable to take a shot with a slow shutter speed, something I love to do when the water’s moving. This time around I made sure I had the quick shoe for the tripod and I was lucky enough to get a few shots of the river.

It’s a quick hike to the falls from the end of the New Campbellton Road. There’s some room off to the side of the road to park your car, making sure not to block the driveway of the house there. From there, it’s only about 1.25km to the falls. You can hear the falls from the top of the cliff, but you can’t quite see them at that point. You have to scramble down the side of the cliff down to the river. Luckily, some generous folks have tied up a thick marine grade rope you can use to keep safe. It can be slippery with the mud and rocks, so if you decide to visit, make sure to take your time and watch your footing.

Once down at the river you’re met with the river and these small falls. They’re not the most spectacular falls on Cape Breton but they’re still pretty cool. Apparently in times gone by you could make your way down the side of the river to the shore where there are caves you can explore during low tide. The two times I’ve visited the water level of the river has been far too high to be able to get past it. I’m a little sad about it as I’m told it’s quite a sight down there, but it’s not worth falling into the river and cracking your head open for. Maybe when there’s an extra dry year I’ll get down to the shore. In the meantime I’ll stick to shooting the falls.