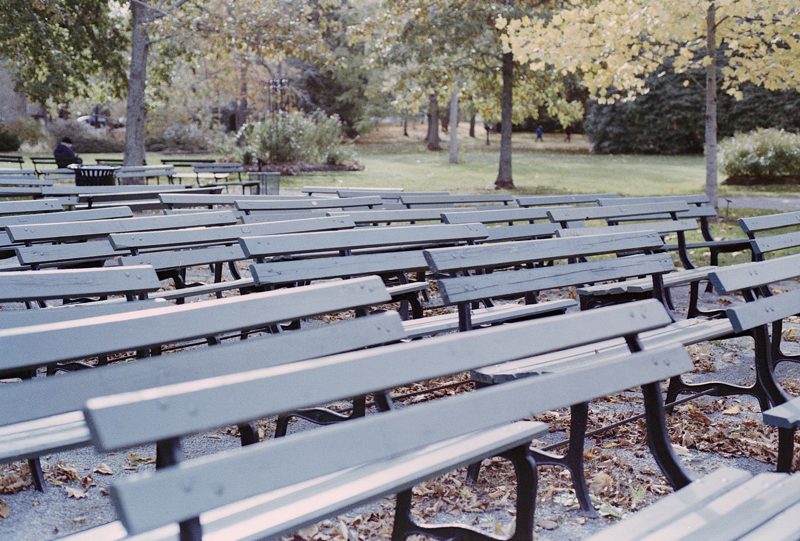 Before the snow we had colourful leaves. We also had social distancing that continues into the snowy season.

People were mostly behaving themselves, except the group of what appeared to be cheerleaders taking group photos on the bandstand. I can’t imagine that met gathering limits but whatever. I was in the park testing a camera and film combination while I had the chance. The muted colours of the film matched the muted colours of the faded and falling leaves perfectly.