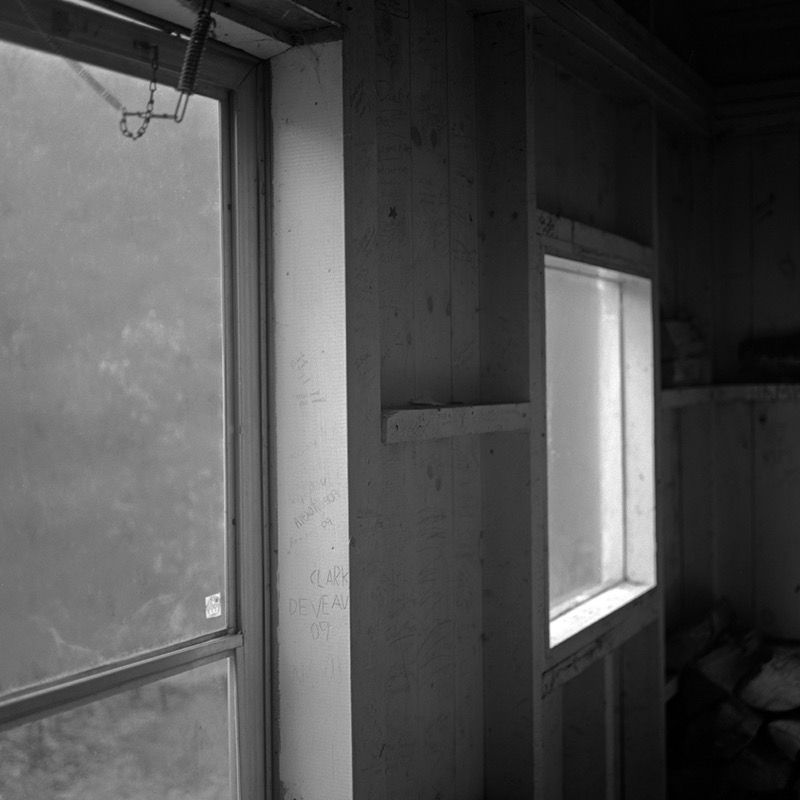 It was a cold and windy weekend when a couple of friends and I decided to spend four days canoeing into the backcountry of Kejimkujik National Park. So chilly in fact that our usual plan of exploring lakes further from our campsite was shelved. Instead, we decided to paddle up the lake we were on and hike up the fire road to the fire tower to see what we could find. Maybe we could climb up to the viewing platform and get a good view of the surrounding landscape.

After a paddle and a hike it started to rain a little, and luckily for us, there was a ranger cabin at the base of the fire tower. We decided to make ourselves at home inside the cabin and stay out of the light rain that was falling. The two photographers in the group decided to spend the time doing, what else, photography. This is a shot from the front part of the cabin, where the wood for the stove is stored. The walls are covered in graffiti, of the “I was here, 1997” variety. Some pretty interesting scribbles on the wall. It was nice to see that the graffiti was confined to the wood room and hadn’t made its way into the cabin itself.

After a short stay we braved the outdoors again and decided against climbing up the tower. It looked locked and wasn’t worth the risk. Still, it would have been an amazing vantage point with a camera in hand.