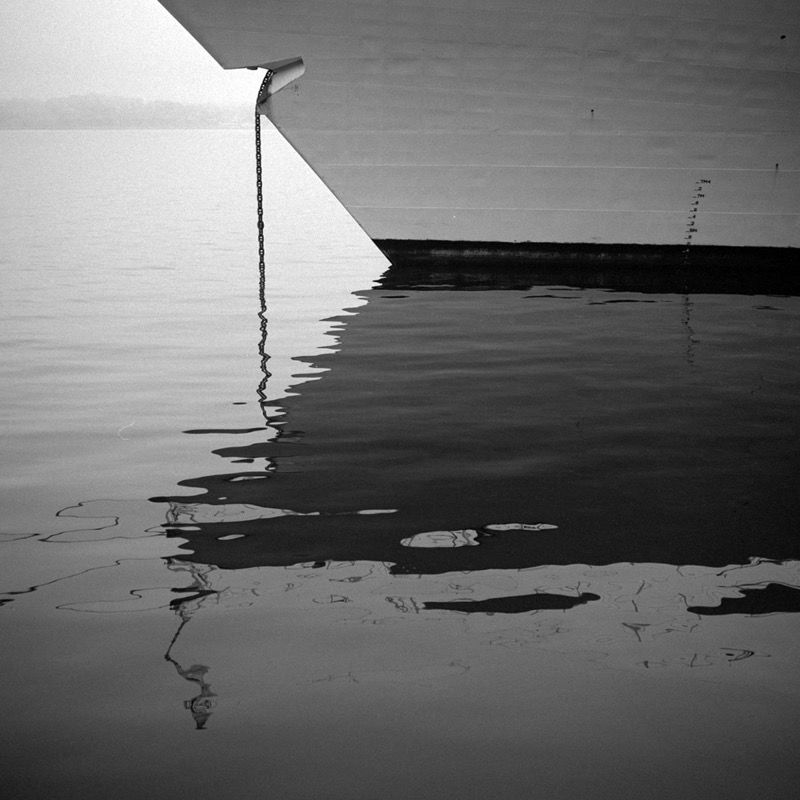 As part of the Canadian Naval Centennial celebrations and the visit by Her Majesty, Halifax harbour was packed full of some pretty impressive ships. There were two aircraft carriers — one each from America and Great Britain — as well as some cruisers, destroyers, suppliers and even a submarine or two. On top of the usual sailboats, tug boats and other working craft, the harbour was a hub of activity.

I kept my distance from the crowds on the weekend, there’s literally ten thousand people wandering the boardwalk, all taking the same photos. Luckily for me, I can take the boardwalk home from work, and on a foggy weekday I decided to finish a roll of film shooting the ships as they rested silently. This way I could get the shots I wanted without fighting and use the fog to my advantage to blur the background even more.

I liked the anchor chain hanging from the ship — if I remember correctly it was the HMCS Toronto — and the reflections. It sort of looks like a face with a looooong tongue sticking out of its mouth.