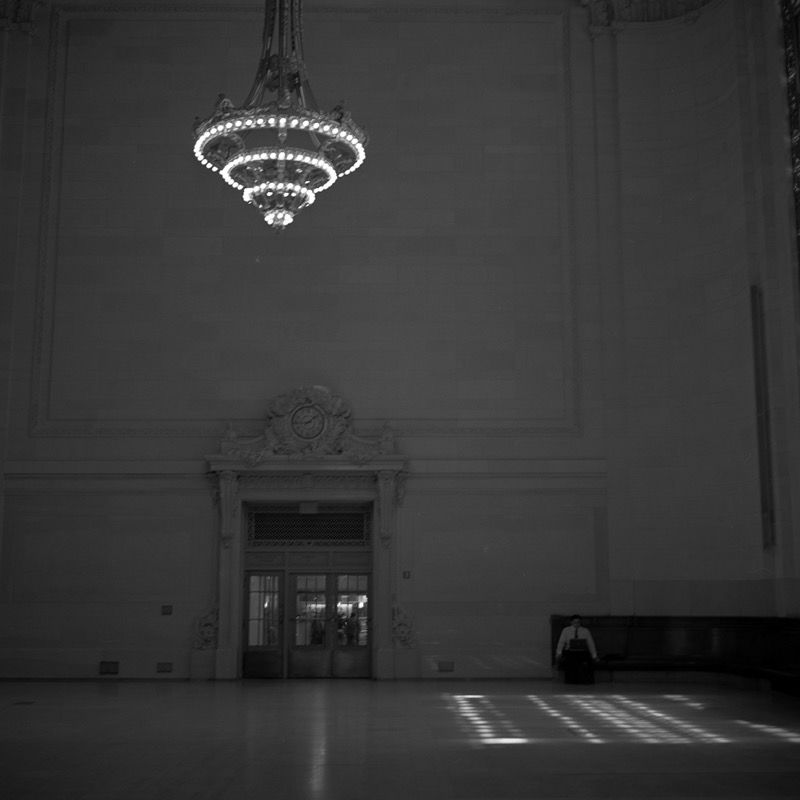 Well, I do love me an old, stately train station and the grandaddy of them all is Grand Central Terminal in New York City. You hear lots about it, you see it all over the television and movie screen, but being there really is something special. It just feels good to be in a place devoted to moving people around in a classy way.

The station itself is gorgeous. It’s a bit of a tired cliché, but we really don’t build like this anymore. So grand and ornate. Massive blocks and complicated patterns. And perhaps the most striking of it all, the cleanliness. I may be gushing here, but it felt almost holy standing in the middle of the main concourse. Many thousands of people make their way through this station every day and it was spotless. The crowd was hushed, perhaps in awe of where they were. Whatever the reason, it’s a special place.

On our way back out to E 42nd Street — my brother and I did an epic walking tour of the city that day, 16km in total — I spotted a lone person tucked into the corner working on his laptop. With the sun streaming in the front window and the beautiful chandelier hanging, it was another shot I couldn’t resist. I can’t wait to get into the darkroom and print this one.