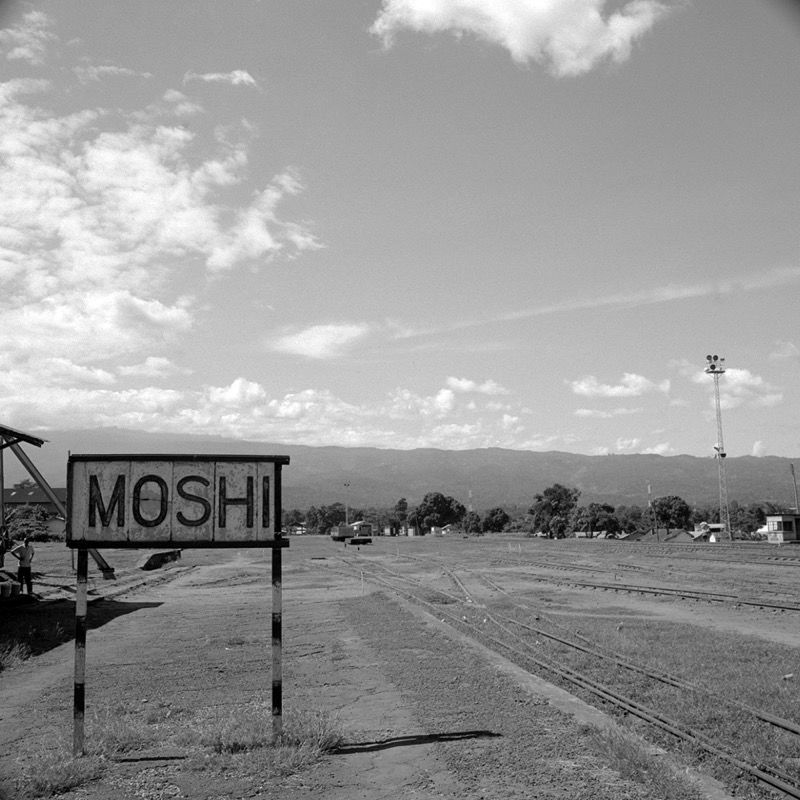 While on my trip to Tanzania to climb Mt. Kilimanjaro I had the chance to hire a local guide and get a real tour of Moshi for a couple of hours. On our way back to grab a ride to the hotel we stopped in to see the abandoned rail station.

The rail line was originally built in the late 19th century by Germany in what was then know as German East Africa. From what I can find the station at Moshi was opened in 1912 with the line eventually continuing on to Arusha in the late 1920’s. The world wars complicated things for the railway as Germany lost control and Britain took over, but the trains kept running between Moshi and Dar Es Salaam. I won’t go into details here, but over time the line was used less and less, there were financial troubles and eventually the line was abandoned. No trains have been into or out of Moshi since the late 1990’s.

There seems to have been talk in 2007 of restarting train service in the north but as of yet there is no sign of that happening. The track is in complete disrepair and would need extensive and expensive fixes. While the flight to Moshi from Dar was great, that’s a mode of transport completely out of reach for the vast majority of people there. For now getting from place to place means getting on one of the many buses.