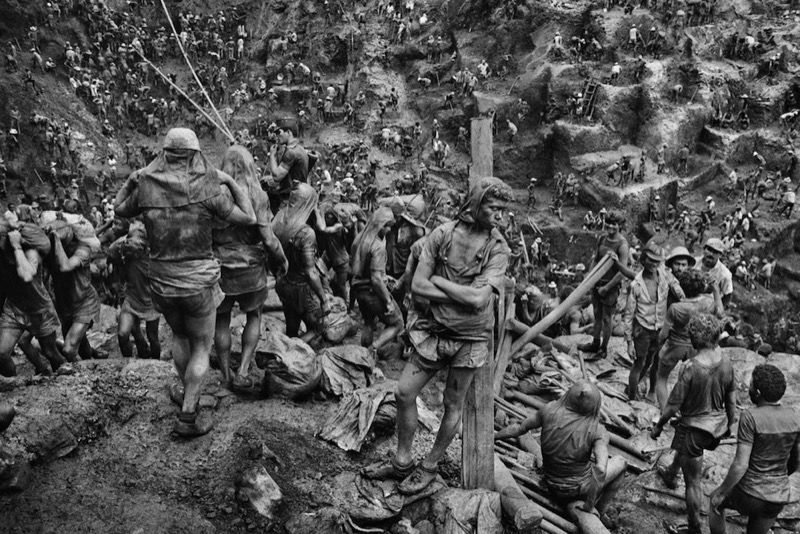 The Salt of the Earth, a quick review

For the first time in what must be five years, I left my house and walked to a movie theatre to take in a movie. There’s not much going on in the mainstream film world to get me off my ass, pay $14 for a ticket and $7 for a popcorn, but when I saw that this film had been made I knew I had to try my best to see it on a big screen.

I had been hoping for months that I’d get to see this movie here in Halifax but wasn’t holding my breath. The big screen movie scene here tends toward the blockbuster, but there is one theatre that makes an effort to bring in movies outside that realm: The Oxford. Yes, this amazing, one-screen theatre at the corner of Quinpool Road and Oxford Street is a marvel to behold, a standout among the cookie-cutter big box theatre experience you get everywhere else. It’s still owned by a giant chain, so much of our cultural outlets are, but they’ve kept the charm of this place. Plus it’s a 30 minute walk from my apartment so it’s well located too.

I had been Googling for a few months to try and get any information on when, and if, this would be coming to Halifax. I had almost given up as I had seen that the DVD/Blu-ray of the movie was released earlier this week. But something in me yesterday told me to try again and lo and behold, a miracle. It was playing for one night only. There may have been eight of us in the theatre but who cares.

The Salt of the Earth is a documentary on Sebastião Salgado, a social and environmental photographer who has traveled the world photographing humanity in all its beautiful and terrible glory. The film tracks his career from his early life in Brazil through to his latest project, Genesis. Directed by his son Juliano and Wim Wenders, there is a warmth to the film, a welcome offset to the darkness found in much of Salgado’s work.

Using his photography and an interesting interview setup — his photographs were displayed on a glass screen in front of him and the camera placed behind so as to see his face while he was speaking — Salgado himself takes us through the periods of his career, from discovering photography, through his work in Africa, South America and Europe, his difficulties in dealing with the deeply troubling, evil side of humanity and finally to his environmental work found in Genesis.

There really isn’t much I can say about his work that you can’t figure out by viewing it yourself, which I strongly encourage you to do. I am a big fan and feel he has created an important body of work over his career. He has shown how terrible humanity is. I can’t imagine how he deals with the horrors he has witnessed. Like many documentary photographers I think he once hoped that telling these stories would lead us to a greater understanding and keep these terrible things in the past. But I felt a sense of resignation in some of his comments, that even though we see these things, we document them, we study how they happened, nothing has really changed. To me there was a sense that he had retreated in some way to his later work with the environment and if that’s true I can’t blame him. There is hope to be found in the natural world, a sense of rebirth and regeneration, things he could no longer see in the human world.

I should mention that the movie is not all doom-and-gloom. Not only has Salgado created a legacy with his photography, but has also created an environmental legacy in his native Brazil and there are even a few chuckles along the way. Seeing the influence his wife Lelia had on his entire career was wonderful. The film ends on a positive note, one of redemption and a suggestion that not all things broken by humanity need to stay that way.