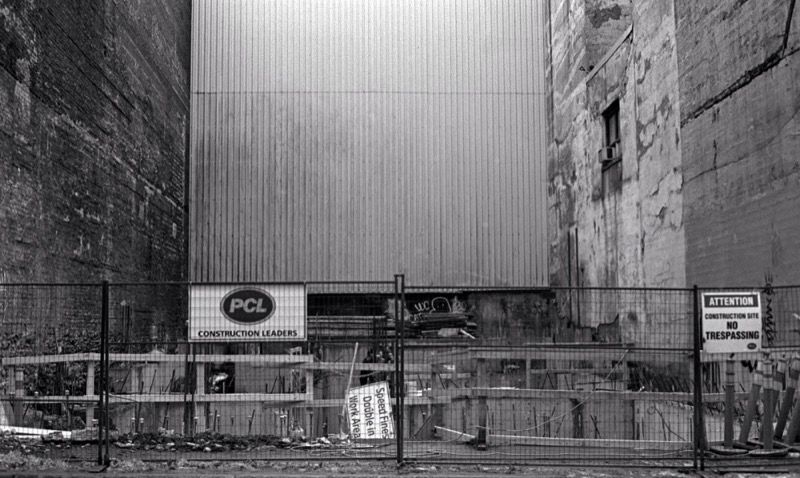 Looks a bit like a bomb went off, but this is the beginning of the new building at 1592 Barrington Street. I was out walking around a week or so ago finishing off a roll of film and decided to take a couple of shots on the street. As a resident of downtown Halifax it’s nice to see some progress after decades of complete and utter neglect as everything has moved to the suburbs. I hope this is the beginning of a new era of success for downtown.

This is the location of the old Tip Top building, something that was celebrated in the city when it opened in the forties or fifties. Lots more interesting history is available over at BuiltHFX.