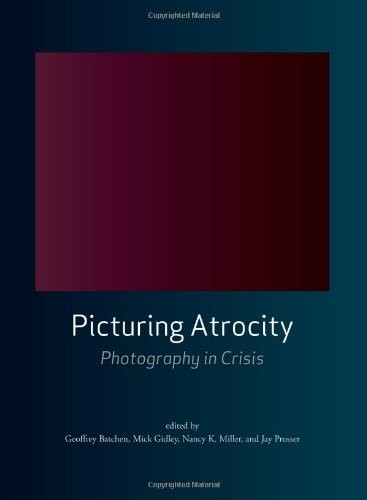 Ever since the landmark publication of Susan Sontag’s On Photography, it has been impossible to look at photographs, particularly those of violence and suffering, without questioning our role as photographic voyeur. Are we desensitized by the proliferation of these images, and does this make it easier to be passive and uninvolved? Or do the images immediately stir our own sense of justice and act as a call to arms? Are we consuming the suffering of others as a form of intrigue? Or is it an act of empathy? To answer these questions, Picturing Atrocity brings together essays from some of the foremost writers and critics on photography today, including Rebecca Solnit, Alfredo Jaar, Ariella Azoulay, Shahidul Alam, John Lucaites, Robert Hariman, and Susan Meiselas, to offer close readings of images that reveal the realities behind the photographs, the subjects, and the photographers. From the massacre of the Sioux Indians at Wounded Knee to the torture of prisoners at Abu Ghraib, from famine in China to apartheid in South Africa, Picturing Atrocity examines a broad spectrum of photographs.