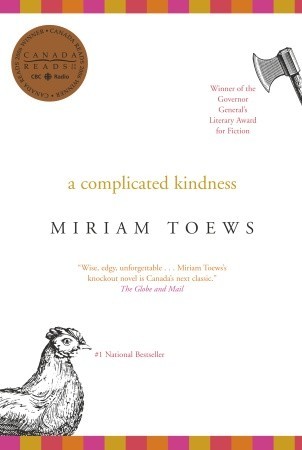 Sixteen-year-old Nomi Nickel longs to hang out with Lou Reed and Marianne Faithfull in New York City’s East Village. Instead she’s trapped in East Village, Manitoba, a small town whose population is Mennonite: “the most embarrassing sub-sect of people to belong to if you’re a teenager.”

East Village is a town with no train and no bar whose job prospects consist of slaughtering chickens at the Happy Family Farms abattoir or churning butter for tourists at the pioneer village. Ministered with an iron fist by Nomi’s uncle Hans, a.k.a. The Mouth of Darkness, East Village is a town that’s tall on rules and short on fun: no dancing, drinking, rock ’n’ roll, recreational sex, swimming, make-up, jewellery, playing pool, going to cities or staying up past nine o’clock.