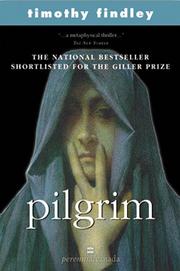 By Timothy Findley
Published in 0 by Harper Perennial
Originally published in 1999
Rating: 3 / 5

Ageless. Sexless. Deathless. Timeless. Pilgrim is a man who cannot die, an astounding character in a novel of the cataclysmic contest between creation and destruction.

It is 1912 and Pilgrim has been admitted to the Burghölzli Psychiatric Clinic in Zürich, Switzerland, having failed—once again—to commit suicide. Over the next two years, it is up to Carl Jung, self-professed mystical scientist of the mind, to help Pilgrim unlock his unconsciousness, etched as it is with myriad sufferings and hopes of history. Is Pilgrim mad, or is he condemned to live forever, witness to the terrible tragedy and beauty of the human condition?