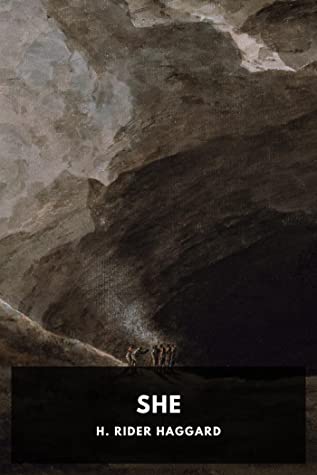 A professor is entreated by a dying colleague to take custody of the colleague’s five-year old son, raise him to adulthood, and at that time pass on a chest to him. The professor does so, and when the child reaches adulthood and the chest is revealed, it leads them on an adventure to Africa. There they encounter a young queen of a lost race who says she’s over two thousand years old, with an equally startling claim about the young man.

An incredible adventure into the mists of 19th century east Africa, she is a mixture of adventure, fantasy, and philosophy. The language can be quite dense at times but always poetic and descriptive. I found myself often wondering where this was all headed, a good sign for a story now almost 135 years old. I enjoyed She more than I thought I would, a nice summer read.