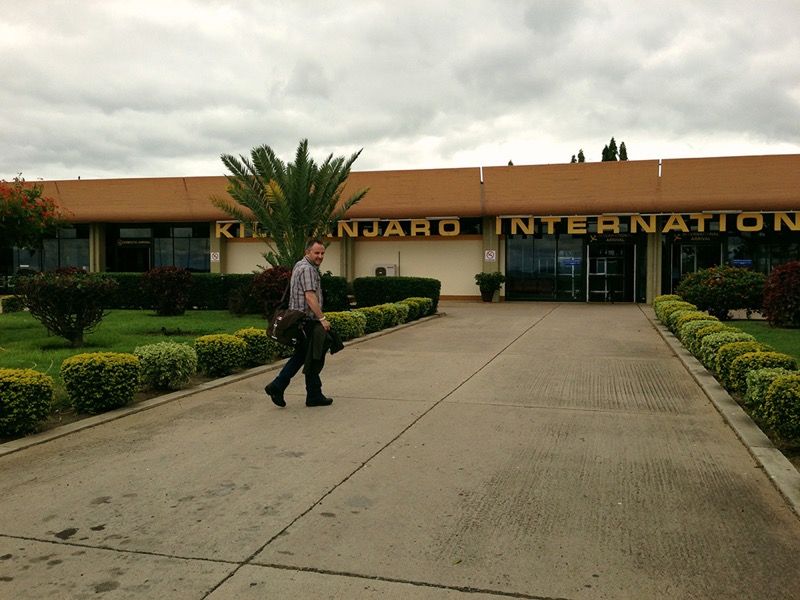 This year I convinced a friend to travel with me to Tanzania to climb Mount Kilimanjaro. While I was away I brought a small notebook with me to record some thoughts along the way. I ended up with thirty pages of notes with the idea that I’d post them here, but I don’t think I’ll bore you with all that. I’ll split it all up into two posts, the first about the trip and the second about the trek itself. I won’t get into too much detail, I’ll just try to get across the main points. I can’t possible communicate the whole trip, so you’ll have to visit me here in Halifax and buy me a beer to get the full effect.

About a year ago I had a crazy idea to plan a trip to Africa. I didn’t know exactly what I wanted to do until I received a catalog in the mail from G Adventures with some really interesting trips. Since I love to hike I started looking at their more active trips and found a few that involved trekking up Mount Kilimanjaro. I was sold. So, I convinced a friend to come along for the trip and we decided to take a year to plan, save money and do a little training.

That year went by pretty quickly so before we knew it, it was time to start booking the trip, the hotel and the travel. We decide to enlist the help of The Travel Centre in downtown Halifax since they can take care of all the flights and book the trek itself. Leanne did a great job getting us organized, it would have been a nightmare to try and do it ourselves.

Our flights there were: Halifax to London Heathrow, London to Cairo, Cairo to Dar Es Salaam, Dar Es Salaam to Kilimanjaro. On the way back it was the opposite with Toronto thrown in between London and Halifax. It took the better part of four days to travel there and back, but all the flights left on time and every step went smoothly. I was fully expecting our bags to get lost as they were taken in Halifax and booked in all the way to Dar Es Salaam. Magically they made it there and back without damage or delay. Amazing!

I want to specifically mention Dar Es Salaam airport — officially known as Julius Nyerere International Airport — as it was the worst airport out of all of them and may be one of the worst on Earth. It’s awful. Terrible early 80’s concrete architecture, disintegrating everywhere and a pain in the ass to deal with. It’s so bad they won’t let you in the airport until it’s an hour or two before your flight. We had a long layover at this airport and we had to wait outside the airport until close to midnight before they let us in. Their security infrastructure is so bad they just put the baggage scanner at the front door of the departure wing of the airport. Craziness!

We arrived at Kilimanjaro International Airport, located between Arusha and Moshi in northern Tanzania. We took a taxi from there into Moshi which was fun in itself. It’s about a 45 minute drive and you go through villages and fields, seeing some gorgeous country. The roads are hilarious and death-defying as there are tons of motorcycles, no real speed limit and vehicles stopping and passing whenever they feel like. It seemed like pure chaos coming from a country like Canada where the roads are so heavily regulated.

While in Moshi we stayed at the Springlands Hotel, a wonderful hostel-like place that felt like a little bit of paradise in the middle of the very busy town of Moshi. It was a perfect base for our trek, the staff were wonderful and the hotel itself had all the amenities a weary trekker could want. I really enjoyed my stay there and would highly recommend it.

One thing I should note is that we travelled in what is considered the end of low season. It was perfect and we were told by a number of people that the end of May is the best two weeks of the year to visit. During high season the hotel is packed, the trails are very busy and the experience is less than ideal. If you’re planning a trip like this, I would humbly suggest you skip high season altogether. We travelled from mid to late May and saw rain for about an hour. Most people will try to convince you May is still part of the rainy season. Don’t listen to them.

Before we left for the mountain we decided to take one of our rest days and hire a local guide to take us around the town of Moshi. We’re glad we decided to hire Emmanuel, doing it ourselves would have been far less enjoyable. Since everything is for sale in Africa, and two white dudes downtown are seen as ATM’s, having a local guide was very helpful. He showed us the spring across the street from the hotel (for which it’s named), introduced us to some locals, took us into town and into three different markets including the obviously locals-only market where the sights and smells are not reduced in any way for tourists. That was great. He also managed to get us to the roof of an office building downtown where we towered over the town and got some great photos. He also took us to the crazy Moshi bus station where all of the normal hustle and bustle of town is concentrated in a heaving mass of busses and people. On our way back to the town office where the shuttle was picking us up he took us to the abandoned Moshi train station. It had been built by the Germans after World War II to service the burgeoning coffee and tourists trades. While there’s lots of coffee being grown, tourists don’t travel by train as much as they used to and the railway was abandoned. The last train left the station about 15 years ago but it doesn’t seem to have any effect on the popularity of Moshi and Kilimanjaro!

In a nutshell, that was the non-trekking part of the trip. We had fun relaxing in the hotel and seeing Moshi town, and there was lots of stuff to do if we had both the energy and the budget. Lots of safaris, hikes and other interesting spots to see in this part of the country.

Continue on to part two.

Check out a map: Kilimanjaro trek, part one