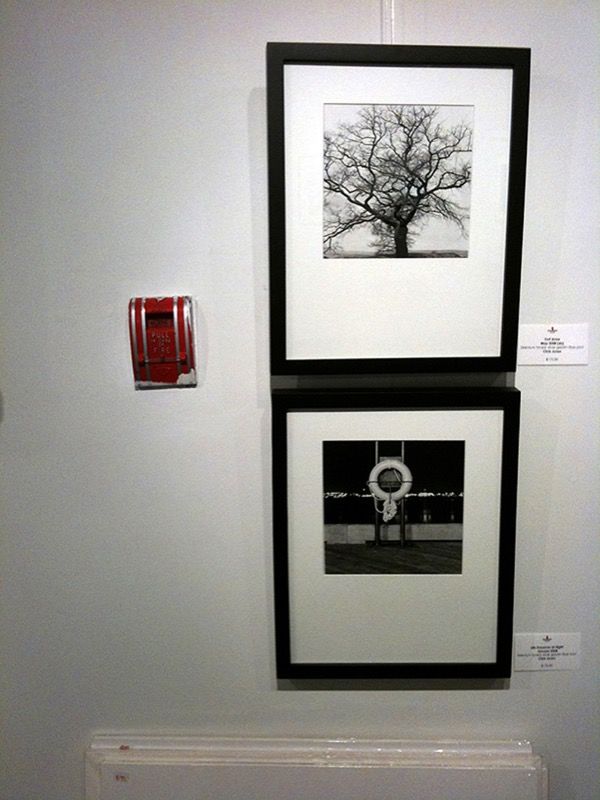 I don’t think I’ve ever considered myself an artist. I have never been to art school other than a few night classes. I have taught myself just about everything I know. I made photographs because it made me happy and that is all. The idea that anyone would find anything of any meaning in my work other than “I know the guy who made that” was well beyond me. So it took a bit of poking and prodding from an almost complete stranger to get me to think differently about what I make. I had considered putting a portfolio together but it was always a backburner project with no real goal in mind.

In the middle of September I had finally compiled a portfolio with twelve prints, six each on two themes. I submitted to a local photography gallery and thought that would be the end of it. Nothing really lost but time and some paper. At least I’d have something to show someone in the rare occasion they might ask. To my surprise though, it took all of six hours to be informed of my acceptance. In a state of utter shock I had to very quickly make two prints for the gallery for the beginning of October just a couple of weeks away.

My first experience with having work up in a gallery has, so far, turned out well. I managed to sell a print during Nocturne this past weekend, just two weeks after they were first hung. It’s such a strange feeling to have a complete stranger see enough of something in my work to plunk down their hard-earned cash. The fellow who bought this print was pretty young and looked like it wasn’t exactly easy to shell out for it. I can’t thank him enough for not only coming into the gallery, but also purchasing something from a local artist.

I put this together mainly for friends and family who can’t see for themselves my first two prints on the wall. It’s something everyone but me could see happening. For now anyway, they can stop shaking their heads when they ask when I’m going to show some work and I reply, probably never.

This first shot is of the two photos 1, 2 on display. The second shot shows how they look on the wall with some other photos (from other photographers). And the third photo sorta proves I’m not making any of this up.

So! I’m on the wall in a gallery and a little proud of myself. If you’re in the neighbourhood, drop by the gallery and check out some great photographs, and maybe one of mine.